One of Boushra’s first tv appearances on a Lebanese game show.

Lebanese bellydancer Boushra in a black and silver bedlah dancing during a game show on Lebanese tv. 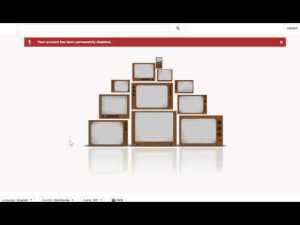 TheCaroVan’s YouTube channel is no more.  The channel featured short clips of bellydancers from the Middle East and occasionally singers, usually in scenes or clips taken from old Egyptian and Lebanese movies some as far back as the 1930s.  Full movies were never uploaded.
TheCaroVan YouTube account has been terminated after receiving copyright demands from companies and copyright organisations who claimed the ownership of some of the clips and/or the accompanying music.  While some of the claims were from entities who, after a minimal amount of research proved to be non-existent, some claims and organisations were legitimate and if you were a regular visitor to TheCaroVan you would have noticed that in the past, clips has been removed in compliance.
In the end, TheCarovan account was terminated due to a take-down notice by a company in France who claims to own the copyright to the 1955 Egyptian film ‘Sigarah wa Kas’ (A Glass and a Cigarette) which features dancing by Samia Gamal.  Interestingly enough there is at least one other company who claims to own the worldwide copyright of this same movie.
I removed the offending clip yesterday, immediately on receiving the notice, but that wasn’t good enough apparently and the account has been terminated.  As a result the channel and its research and information that more than 6,000,000 viewers had accessed, is now lost.
So, long story short, TheCaroVan is no more and I am now ‘An individual whose account has been closed [is] prohibited from accessing, possessing or creating any other YouTube account.’
Ah well, as someone who lives in the Middle East, as you can imagine, we have one or two other things to worry about at the moment…..